Being the Fox Tender is almost as much fun as finding the Fox!

As the club’s RDF abilities improve the creativity in where the Fox  is hidden will likely become equally creative! If you have ideas on challenging the Fox Hunters then SIGN UP!

The club (Doug – W2VX) maintains several Foxes for Fox Tenders to use. The foxes are pre-programmed and ready to go with the exception of potentially needing new batteries. The available foxes include:

Doug (W2VX) has constructed a high power fox placed in an ammo can. Given the high power output (1-5 watts) this Fox would is most appropriate for longer distance Fox Hunts.

Jon (KI6RT)’s Byonics MicroFox 15 is typically available for club fox hunts (depending on what KI6RT is testing). Others in the club also own this model micro fox.

Foxes from Byonics typically output 15 milliWatts and are useful in parks or smaller areas. 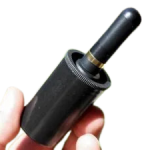 CHECK OUT THE NEWSLETTER